Why We Don't Recycle

What is it about recycling that turns some people off and others get really excited about it? I heard a recent report about interviews with several hundred non-recyclers who gave many reasons for not recycling. Some of these were the usual ones that we recyclers hear all the time about it not being convenient, not knowing what the rules are, and not thinking it really does any good.


But the most often stated answer was very shocking to me. They most often stated reason was that they didn’t like the attitudes of those of us who do recycle. Saying that we act like we are better than them and it makes them want to throw it away instead of recycle just to spite us.


I have to wonder about this answer. It sounds more like a teenage rebellion response than a legitimate one. I admit; I do give people several economic and environmental benefit reasons to recycle that material they just threw away if I see it happen. But does this make it sound like I am better than them in their minds? Or do they just feel guilty and resent me for making them feel guilty? 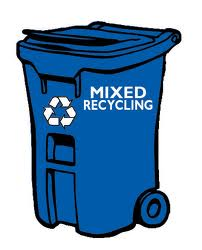 This is important to me because I would like to know how we as a nation get beyond the 34% national recycling rate that we have been stuck at for several years. And that counts everything, not just residential. Residential recycling is a mere 21%.


So, what ideas are out there to help get the message out there about the benefits of recycling and how to recycle? The industry has tried many approaches but we still seem to stagnate. Please comment with your ideas and suggestions. Or, if you have different reasons why you don’t recycle (if you don’t recycle) please share as well.
Posted by Marie at 12:56 PM